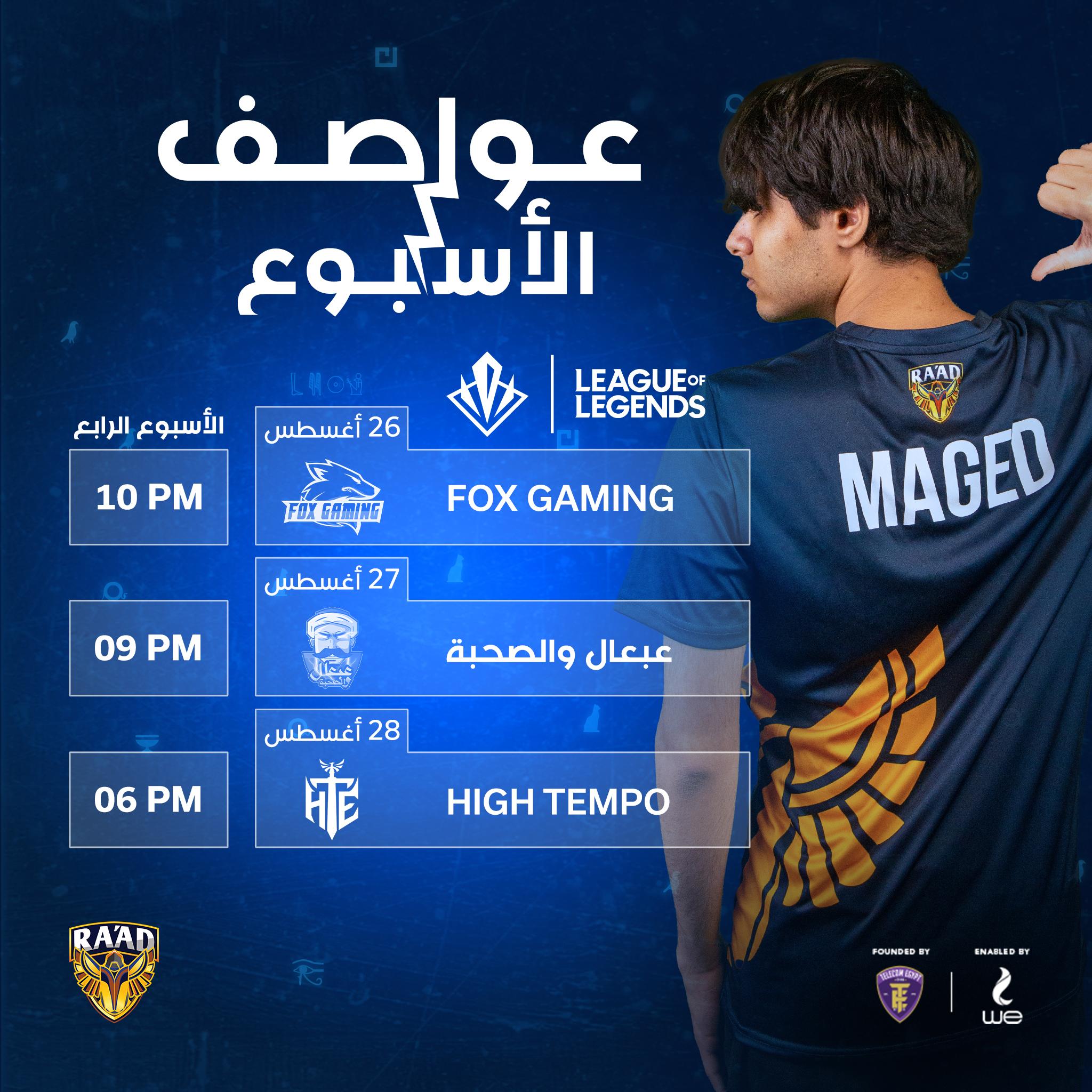 RA’AD League of Legends team continued their winning streak in week 4, and went unbeaten against their opponents HT, 3BL, and FOX with a perfect game score of 3-0.

RA’AD chose champions of the top selections in the current meta, including Ornn, Sivir, Taliyah, Akali, and Trundle, as well as enchanters who play the support role, such as Yuumi and Lulu.

The team continued to play in a scaling and team fighting manner, and they were once again able to effectively execute their draughts and win conditions in all three games, which allowed them to maintain their position in second place, only behind GeeKay Esports.