Telecom Egypt Sports Club is proud to bring you RA’AD, a professional eSports team in Egypt set to become a regional and international powerhouse. The team’s HQ will be a high-end gaming house featuring top-of-the-line equipment and international design standards to help Egyptian talent compete effectively on a global scale.

eSports is currently in the spotlight, evolving over the last 10 years from a hobby that attracted mainly the youth, to a multi-million-dollar industry with international tournaments that many eSports players, coaches, and sponsors from different sectors and fields want to participate in. It’s become a sport in its own right.

Telecom Egypt SC has pursued this new direction in sports being the first Egyptian sporting entity to invest heavily in this first-of-its-kind project – developing the Egyptian eSports scene; and attracting young talent and coaching them to represent the club locally as well as Egypt internationally in tournaments.

We are delighted to announce that we have kick-started the process by securing a few big names in the Egyptian circuit already.

RA’AD has already recruited the best team manager in the region, Ahmed Diaa (former Qlash Egypt manager), who has led Qlash Egypt for the past 2 years to great success. The team has also secured Ramy Saad, the 1st ranked Egyptian FIFA player who started his professional FIFA career back in 2015; he is ranked 21st worldwide, reached top 8 eClub world cup and qualified for Champions Cup 2 in Bucharest.

RA’AD’s goal is to nurture local eSports talent and to proudly represent Egypt professionally on the regional and global arena. Moreover, the initiative behind RA’AD is to expand and grow eSports in Egypt to gain recognition for the field and for the country. With plans for further investments into world class eSports athletes, facilities and infrastructure, RA’AD stands at the forefront of a thriving new industry. 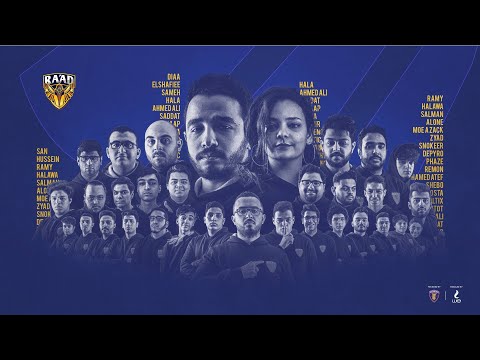